The company has been building dream homes since 1985 and has produced over 300 custom residences in the most prestigious communities in the area. Turtle Beach Construction’s president, Sebastian Smallegange, is a third generation builder from Holland and continues to put his family’s European signature on every custom home. Sebastian credits the company’s success to creating a team of professionals with the credentials and experience to deliver a first class quality product and the highest customer satisfaction.

In turn, this creates referrals from satisfied clients proclaiming Turtle Beach as the preeminent builder for quality and customer satisfaction in Palm Beach and Martin Counties.

“We have built our reputation on always striving to give each client the best quality products and outstanding service while building the home of their dreams.“ - Sebastian Smallegange, President, Turtle Beach 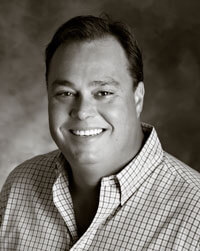 The Smallegange family has a history steeped in construction, design and engineering. Baastian Smallegange Sr. was a Dutch construction entrepreneur who had several businesses in road construction, concrete, building of industrial factories and large estate dwellings. His son and name sake, Turtle Beach’s founder, Baastian Smallengange, was a schooled and licensed engineer. Bas worked with his father from 1966 to 1978 building many of the bridge and roadway systems in their former province of Holland in the Netherlands. In 1980, Bas moved his family to North Palm Beach, Florida into Lost Tree Village, where he bought multiple lots. After building a second home, he received a quick offer to buy due to its artistry in design. It was at this point he knew he had something special and formed Turtle Beach Construction in 1985. He quickly became one of the area’s premier builders of world class homes, in prestigious communities like Admirals Cove, Ballen Isles, Loblolly Pines and Lost Tree Village.

In 1998, his son Sebastian, graduated from Eastern Carolina University with a construction management degree and soon after joined the company. Starting as a superintendent, Sebastian worked within the company for 10 years until 2008, when Bas retired and Sebastian took over as president of the company. To this day Turtle Beach Construction and Remodeling carries on the family’s tradition of building top quality, exquisite homes of distinction and character.